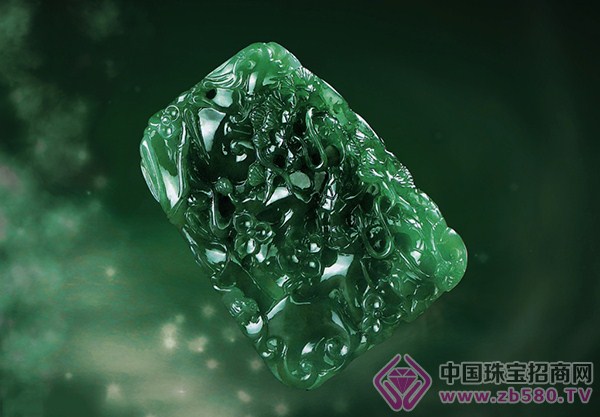 Gold has a price, and jade is priceless. China is probably the most popular jade nation in the world. This is deeply rooted in the Confucian culture in our blood. Confucius once said that "the gentleman is better than the jade." The good jade wares on the auction often lead to price increases.

In the collection of jade articles, according to the preferences of collectors, it can be divided into three categories: high ancient jade, Ming and Qing jade, and modern new jade. Which one should we invest in?

Today, the famous jade in the market has been eclipsed. In particular, the Gao Guyu before the Tang Dynasty was not recognized by the market and collectors in the filming. Looking at the low-end, popular private market, the ancient jade market is also not strong, there is a situation where "Shang Zhouyu sells Qingming jade, Qingming jade sells contemporary jade, and contemporary jade sells raw materials." why?

We divide jade into high ancient jade, Ming and Qing jade, and contemporary jade. Gao Guyu has experienced three eras of theocracy, kingship, and ritual system. It is closely related to social thoughts and cultural forms in a certain historical period. We can look at the basic features of certain historical periods. Ming and Qing jade witnessed the social changes after the rise of civil society, and jade articles entered the realm of life and aesthetics. In the Ming and Qing Dynasties, we can see the social vitality and the artistic atmosphere full of vitality during the Ming and Qing Dynasties. In contemporary jade, we see artistic creations that are rich in artistic atmosphere and closely related to contemporary thought and culture.

Gao Guyu refers to jade articles in the War Dynasty and before, mainly due to the excavation. Therefore, the current shooting of Gao Guyu has been limited. The composition and spiritual connotation of its culture are more, and today's market is not open, or the market is too open.

Whether it is high ancient jade, depending on the material, depending on the workmanship, depending on the look and so on, but mastering any of these skills will in fact require a lot of accumulation. Old jade, old workers, old-fashioned, new imitation, how to distinguish? This is a problem of benevolent benevolence, wise see wisdom. Every investor will have their own ingenious differences, but it is reflected in the market is two words - cheap. I am afraid of being fooled, so I am not willing to spend a lot of money, not to mention the similar things in the market - from the prehistoric Hongshan culture, Liangzhu culture to the war Han Yulong, no class of ancient jade can escape the palm of the imitation. And today's imitation process is more mature than in the past. Specialization, regionalization, and technology, the division of labor is clear, and each is responsible.

It is the material of Gao Guyu that is more imprisoned by investors. The jade articles of the Ming and Qing Dynasties are mostly used in Xinjiang Hetian. If you buy a piece of jade that is good in materials and good work, even if it is a new imitation, at least this piece In fact, it is not worth nothing. Most of the ancient jade articles used the local jade at that time, which is now called â€œnon-true jadeâ€, so if the purchase is a fake, even this piece of material itself does not have any value.

From the small series of auctions of high ancient jade articles in recent years, due to the fact that there are too few ancient jade articles with orderly and reliable ages, and the proliferation of counterfeits, the investment of collectors is cautious, and the market is difficult to form a hot situation. The chaos of the high ancient jade market has become a reality that is hard to return. Unless you think you know the cultural value of Gao Guyu, you should not easily get involved.

After the development of the Tang and Song Dynasties, the jade wares ushered in another peak in history during the Ming and Qing Dynasties, from the scale to the quantity and variety. The material of the Ming and Qing jade carvings is mainly based on Xinjiang Hetian white jade, and there are also agate, crystal, jade, amber, turquoise and so on.

Under the favorable conditions that a large number of jade materials in Xinjiang were transported to Guanzhong, the Ming Dynasty smelting jade process has been greatly developed. The most prosperous areas are Beijing, Yangzhou and Suzhou. In the middle and late Ming Dynasty, Suzhou's jade jade crafts developed very rapidly. On the basis of inheriting the previous generations, the techniques were constantly improved, the workshops were numerous, and the talents came forth in large numbers. Many famous artists appeared. Among the records are: Lu Zigang, Liu Wei, He Si, Li Wenzhao, Wang Xiaoxi, etc. They are all experts who are good at carving delicate pieces. There is no big difference between the types of jade articles in the Ming Dynasty and the Song and Yuan Dynasties. They can be roughly divided into four categories: decorations, practical goods, art and antiques.

The heyday of the manufacture of jade articles in the Qing Dynasty was during the Qianlong period. Emperors of Qianlong were very fond of jade articles. They collected the ancient jade of Xia, Shang and Zhou dynasties extensively, and carried out serious classification and identification. For the production of coarse jade articles, they were handed over to the Qing Dynasty. Processing and restructuring, so the jade articles left over from the palace of the Qing Dynasty are often carved with old jade and old jade. In addition, Beijing Office, Yangzhou and Suzhou have gathered a large number of skilled craftsmen.

Like other works of art, Ming and Qing jade also have problems in identifying, including the grasp of artistic value. Many jade investors have pinned their hopes on investment in auction companies, jade shops and other institutions, hoping that they can provide accurate collections. The art market is so hot. In fact, a large number of buyers donâ€™t know much about art, or they have been criticizing the reputation of an auction company for many years, or have listened to the opinions of some experts. Save money on art. However, when the things in your hand really want to be taken out or transferred, you encounter a strange face, only to realize the nonsense of the original rhetoric, the original noble expert What is the faintness and snobbery. Therefore, this part of the investors has gradually moved away from the ancient jade market that needs to rely on the so-called experts, and then turned to the Hetian jade raw materials and the new jade market with relatively low risk. This is one of the important reasons for the skyrocketing price of Hetian jade in recent years.

In recent years, with the changes in the collection concept of collectors, the jade market has also seen a trend of diversification of collection objects. The age of jade is no longer the only condition for people to pay attention to. The collectors seem to have lost patience with the high ancient jade of Shang and Zhou Han and the white jade of the Ming and Qing Dynasties, and have shown great interest in the production of beautiful modern jade.

The advantages of investing in modern jade are obvious. First, the price is moderate and easy to collect. Second, compared with traditional ancient jade, the new jade is also easy to maintain and not easy to damage. It can be used as a portable wearer, always play with things, or collect investment. Third, the identification of modern jade is mainly to identify the quality of jade materials, without special consideration of the age and the traces of human work, easy to collect. Fourth, the appreciation potential is limitless. At present, with the heat of the new jade collection gradually warming up, modern jade in the auction market is also eye-catching. As the choice of collectors becomes more broad and diversified, and the demand for jade by mass consumers is increasing, the market for modern jade will become increasingly optimistic.

Xiao Bian believes that the development potential of the Gaogu jade market is smaller than that of the new jade. Because ancient jade is a long time, there is no good technology to detect these ancient jade, they are all using experience, and there is no price system. At present, some new jade crafts are good, resources are getting less and less, and technically better.

In the contemporary jade market, with the depletion of Hetian jade resources, mining costs continue to rise, and the price of jade raw materials has risen to a price we could not have imagined.

At the moment, the seed material is excavated in the Yulong Kashi River. On average, the cost of mining one kilogram of seed material is millions. A master's work is released, almost one month, and three months to half a year. Some well-crafted large-scale works can be made in three or five years. In this way, the masterpieces of contemporary jade carvings are bound to sell at an alarming price. Nowadays, high-quality seed materials have been difficult to collect. Almost all of them are used for carving. One piece is used, and the art of jade carving has been in development. The exploration of ideas and techniques has never stopped. The style of masters is becoming more and more mature. The work must constantly create a new high in history.